We’ve spent the winter traveling and writing and are thrilled that, with the spring thaw, we will have a new album to share! Without giving too much away (spoiler alert: we’re terrible at keeping secrets), here are some things you can look forward to on the next record:

1) More lyrics from Sue! The first record consisted of a few songs we wrote together, but mostly featured Kim’s lyrics. This album will be at least 50/50, with the possibility of there being more lyrics from Sue. Kim was busy sipping cocktails with her feet up…er, writing melodies… and could not be reached for comment.

2) More of pretty much everything else! We’ve been busy this winter working on various musical instruments and we’re taking it to the next level of musical complexity. You can expect more harmonies, more guitar parts, and various other instruments that were not featured on the first album. There will also probably be more songs on this album since we can’t seem to stop writing songs that absolutely belong on this record.

3) We are going to tell you how we really feel. About pretty much everything. If the past album was Emotional Bootcamp (and that was, after all, what we named it), then this one will be all out combat. Now, don’t go thinking this is an angry album because it’s not. We’re just expressing a whole new range of thoughts, both positive and negative. We’re tackling all sorts of subject matters like life and death, dreams, injustice, frivolity, politics, culture, and, of course, we’ll never leave out heartbreak.

We are so excited about this album because we feel like it expresses who we really are both musically and as people, and we can’t wait to share it with you!!! We’re on target to release the album in April, and it will be available both in physical form (with amazing art work) and also as a digital download. We’ll give you an exact release date as we get closer.

For now, stay warm and bask in the glow of anticipation! 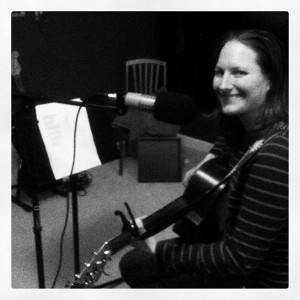