We’re generally pretty secretive about what we’re working on. Part of that is not wanting to jinx it, part of it is wanting to maintain an air of mystery, and part of it is that we like SURPRISES. Well, actually we’re both anxious control freaks so we don’t like surprises much at all. But we think other people like surprises. So we keep secrety secrets until the moment of unveiling. This time, we’re going to pull back the curtain just a tad. 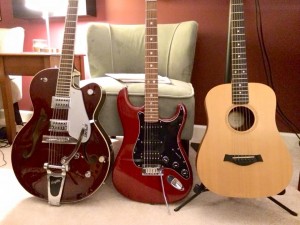 The six weeks we spent gallivanting in the forests of California were life-changing. We knew when we left on this trip that it would greatly influence our album, and we were right. Called Treelines and Skylines, our third album is going to address our relationship with nature, civilization, and others. This is a natural progression both musically and ideologically. Our debut Emotional Bootcamp was dedicated to expressing and healing wounds of the heart; Loud and Clear was a 16 track monster that was a buffet of musical styles stocked with a lyrical arsenal of pretty much everything we care about from politics to equal rights to love; Treelines and Skylines is introspective in a different way from either of the previous albums. This album is more personal but also addresses larger issues that we deal with as humans as we try to navigate through a world we don’t completely understand. Thematically we address life on the road, mortality, trying to find our place in the world, and of course TREES.

We’ve split the lyric writing between us for a total of 12 tracks, most of which have a folk/americana vibe with an occasional classic rock garnish and a sprinkle of pop here and there. Right now we’ve reached the point in the process at which Sue disappears for hours (sometimes days!) into the cozy but cavernous lair of the studio. I have already laid down scratch (rough) tracks of the songs on vocals and guitar or piano. Sue uses these as a template and adds drums, bass, and guitars. Every few days she surprises me with a full band arrangement of a song I remembered as just an acoustic guitar/vocal baby, blowing my mind. After Sue is done adding color, I take my turn on studio lock-down and do final guitar, piano, and vocal tracks. At the end, as a reward for doing a great job, I do backing vocals (my favorite part!). Even when we invite guest musicians in for backing vocals, I love arranging the parts and envisioning how the final arrangement will sound.

It’s quite a grueling process, but a fun and exciting one as well. We are so excited to share this music!! We’re anticipating a late spring/summer release and will keep you posted as we progress.

The official unveiling of our new songs will be April 9, as we play an intimate show at Ted’s Fun on the River with our friend Eli Conley who will be on tour from California. To learn more about Eli and the event, click here. 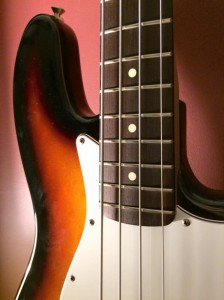 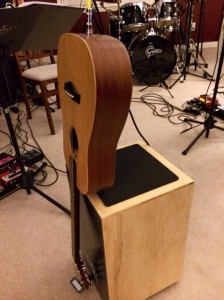 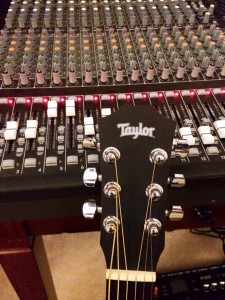 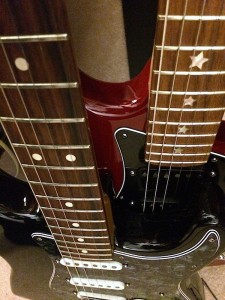